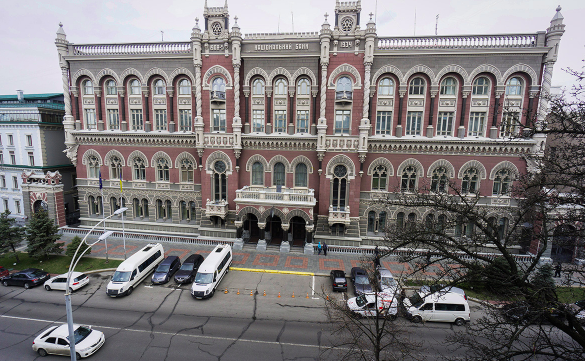 Fearing inflation, Ukraine’s central bank hikes the prime rate to 6.5% today, the first increase in two years. The hike ends a post-Independence low of 6%, which reigned since June.

“We are responding to inflation beyond the target range of 5%,” Kateryna Rozhkova, first deputy governor of the National Bank of Ukraine, wrote yesterday on Facebook. The bank predicts inflation will peak this summer at 8%.

More hikes could come this year, Yuriy Geletiy, a deputy governor of the central bank, told reporters yestrerday. “The National Bank is ready to raise the discount rate more decisively to limit the fundamental inflationary pressure and bring inflation to the target. Therefore, monetary policy will continue to focus on preventing the inflation spike.”

In the first two months of this year, foreign holdings of Ukraine government bonds increased by $570 million, Geletiy told reporters yesterday. As of Monday, foreign holdings totaled $3.65 billion. He said: “In February, non-resident investors continued to grow their portfolio, with a slowdown in the second half of February.”

Remittances from Ukrainians working abroad are expected to grow by 8%, to $13 billion this year, Geletiy said. For the last two years, remittance averaged $12 billion, or $1 billion a month. Labor is Ukraine’s third largest export, after food and metals.

Ukrainians relentlessly move away from cash, indicates a National Bank of Ukraine report for card and contactless payments. Last year, the number of transactions with payment cards jumped 25% yoy, to 5.2 million, with the volume increasing by 23%, to $79 billion.

With new coronavirus cases doubling this week, Prime Minister Shmygal warned yesterday: “It’s obvious that the third wave of the pandemic has started that Ukraine is facing.” Yesterday morning, 10,057 new cases were registered, more than double Monday’s level of 4,285. “If the situation worsens, if we see that medics are not coping, then we will probably have no choice but to impose strict quarantine like the one that we have already experienced.”

Ukraine plans to become a major producer of lithium batteries for Europe’s electric cars, Prime Minister Shmygal told reporters yesterday, reviewing talks he had in Brussels last month. By 2030, Europe will need 18 times more lithium than now, by 2050, 60 times more, he said. “Ukraine has the largest lithium deposits on the European continent,” he said. “Europe sees Ukraine as a partner, both in production and processing…We are interested in added value, production, processing, and the maximum creation of the finished product. Again, we do not want to be just a supplier of raw materials, as we have before.”

Coal miners may become lithium miners under a pilot project to start closing two coal mines this year, one in Lviv and the other in Donetsk, the Prime Minister. With German and Polish advice and aid, Ukraine’s “Fair Transformation of Coal Regions” project could involve employing some coal miners to work in new lithium mines, he said.

In a new twist on the Motor Sich drama, David Arakhamia, the head of Servant of the People faction in the Rada, said yesterday he will submit a bill to nationalize the Zaporizhia-based aircraft engine manufacturer. On Jan. 29, President Zelenskiy barred Chinese investors from asserting control. “It is to settle the legal status of the company, that is a large constructor of helicopter engines,” Arakhamia said. “Because the company is facing uncertainty, it is being sanctioned upon, and several tens of thousands of employees work at it.”

Navigation will resume next week on the Dnipro River, two months after closing for ice, reports Port of Ukraine. All locks on the Dnipro cascade – from the Kyiv Sea to the Black Sea – are to re-open Wednesday.

Although last year’s Dnipro shipping season was six weeks longer than usual, cargo dropped 5% yoy, to 11 million tons. “Results of cargo transportation were influenced by the reduction in grain transportation on navigable rivers,” says Dmitry Kozachenko, executive director of the Rivers of Ukraine Association. Volumes on Ukraine’s portion of the Danube were down 28%, to 4 million tons. On the Southern Bug, volumes were down 37.5%, to 500,000 tons. The big products moved down Ukraine’s three largest navigable rivers are: grain, coal, metal products and ore, and building materials, such as sand, cement and gravel.

With traffic jams clogging Kyiv’s Dnipro bridges, the City Council is studying restoring boat service across the river. According to Kiev Vlast, the River Port Administration calculates that 2,000 people a day would commute by ferry, following this route: Rusanivka, Bereznyaki, Dnipro Metro station, Podil River Port. Depending on the boat and the weather, the entire trip would take one hour. Tickets would cost UAH 30-60, $1-2.

In January-February, Ukrainians imported 53,000 used cars, 4.4 times the volume of the first two months of 2019. Used imports, a rarity four years ago, now account for 81% of car imports, reports Ukravtoprom, the vehicle industry association. In 2020, 353,400 used imports and 85,500 new imports were registered in Ukraine.

Editor’s Note: I started big city journalism as the Mass Transportation Correspondent for The New York Times. Ok, that was for my parents. I really was the subway reporter. In normal (pre-covid) times, the island of Manhattan inhaled and exhaled as many as 3 million people every week day. They came and went through an ingenious system of bridges, tunnels, bicycle paths, electronic toll highways, commuter rail, subways, and, yes, ferries. In contrast, Kyiv residents think their city was born with bridges. But for the first 1,000 years of the city’s existence, ferries crisscrossed the Dnipro. With the opening of the Nicholas Chain Bridge in 1853, Kyiv residents started to turn away from their river. Today, with traffic gridlock growing, maybe it is time to take a second look. With Best Regards Jim Brooke 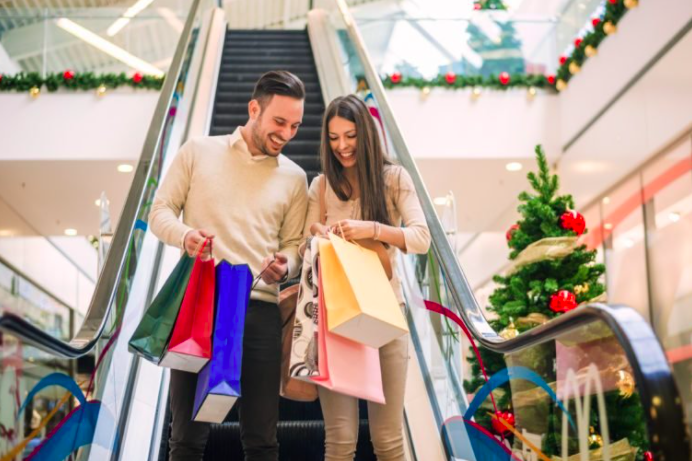 Ukrainians can look forward to a normal shopping this weekend and, probably through Friday December 25, Catholic Christmas. Prime Minister Shmygal said November’s weekend shopping bans had cut the spread of the coronavirus.

Yesterday morning, 13,141 new cases were announced, down from a daily average of 16,500 late last week. However, in Kyiv Mayor Klitschko said yesterday that a record 1,735 new coronavirus cases had been confirmed. Eight months after the first cases were confirmed in Ukraine, “about 3% of Ukraine’s population of Ukraine have already had COVID-19,” Deputy Health Minister Iryna Mykychak tells Telegraf media outlet.

With a big budget funding gap looming, Ukraine may tap the international Eurobond market for up $1 billion in short term financing, Prime Minister Shmygal told the  Korrespondent news site. He asserts the IMF will announce the date of its review mission in coming days. This would indicate that the $5 billion Stand By Agreement signed six months ago is back on track. Shmygal also said the government could sell $2 billion worth of Hryvnia bonds in coming weeks. On Tuesday, the government sold $93 million worth of Hryvnia bonds.

Timothy Ash writes from London: “Surprised it took them so long given the strength of global beta which has seen Ukraine’s borrowing costs in the Eurobond market crash 200bps lower over the past month or so. The appetite for yield is so strong post US elections that people are willing to look beyond challenges in individual country stories – and in Ukraine’s case — challenges to the anti corruption agenda, which is stalling IMF lending…Markets may not be so forgiving in 2021, so they really need to use the window being provided by cheap global financing conditions to crack on with those much needed reforms. Not entirely sure why you would only do a six month issue – market feels open to 5Y or 10y deal, and not sure that six months down the line pricing will be much cheaper.”

Through October, Ukraine has attracted $221 million in new direct foreign investment — 5% of the $4.5 billion attracted during the first 10 months of last year, the National Bank of Ukraine reported yesterday. Similarly, reinvestment by foreigners also fell sharply during the same period: to $639 million, from $2.9 billion this time last year. The Central Bank reported that Foreign loans also plummeted to $219 million, from $640 million last year. Analysts put the blame on the coronavirus recession and on the stalling of Ukraine’s movement to clean up the judiciary and implement free market changes.

Corporate raiding — stealing companies through forgeries or force — is up slightly this year compared to last year, reports Ukrinform, citing data from Opendatabot, an  online registry. Through October, 751 corporate raids were recorded in Ukraine, almost the same number as for all of last year. Three quarters were attempted through forged documents. This year 45% of cases go to court.

Ukrzaliznytsia plans to spend almost $1 billion next year on repairing locomotives, cars, and track — almost three times the money spent this year. As posted on the state railroad’s site, financing would be: 55% from UZ’s funds; 31% from bond sales; and 14% from the state budget.  According to Vladimir Zhmak, UZ’s new CEO, the railroad will probably end this year with a $500 million loss, largely due to lost passenger ticket sales. Last year, the railroad recorded a profit of $110 million.

Despite the corona recession, cargo handled by Ukraine’s seaports is up by 1% yoy. Through November, the ports handled 146 million tons. Confirming Ukraine’s reliance on exports of raw materials, grain and ore exports accounted for 58% of all cargo moving through the ports.

Kyiv’s autumn (September-November) was the warmest since local record keeping started in 1881, reports Ukrinform. “The calendar autumn is over but the meteorological winter has not come yet,” reports the Borys Sreznevskyi from the  Central Geophysical Observatory which is  located in southern Kyiv. “It will begin when the average daily air temperature starts steadily dropping below 0 °C.” Without any sharp freeze forecast, authorities have extended the Dnipro River shipping season for an unprecedented extra month, to Dec. 31.

Editor’s Note:  Phew, that was a close call! National Anti-Corruption Bureau detectives were all set yesterday to arrest Oleg Tatarov, deputy chief of presidential staff, on bribery charges, when President Zelenskiy’s hand-picked Prosecutor General Iryna Venediktova swooped in and took four prosecutors off the case. That is the version presented last night by censor.net, the Kyiv Post and other news sites around town. Gosh, I hope that no one in the IMF office in Kyiv reads Ukrainian or English. With best regards, Jim Brooke