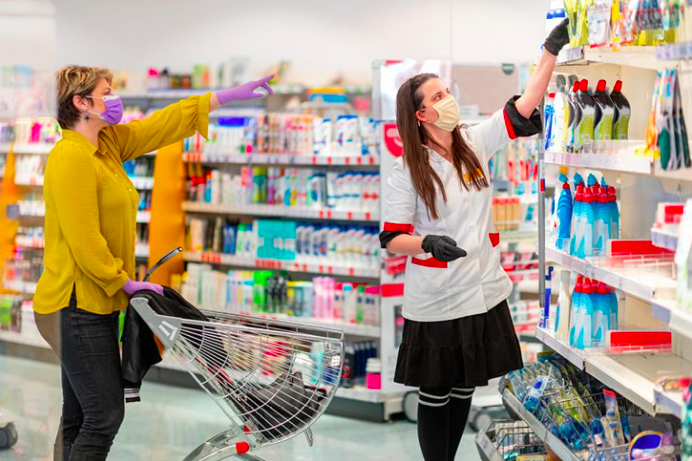 Ukraine’s economy contracted by 4.4% in 2020 — far less than the estimates of 6-7% made last May, when the country was still in a severe lockdown, reported the National Bank of Ukraine. Despite a slow start to 2021, the Central Bank forecasts 4.2% growth this year. The current 2.5-week lockdown, which ends Monday morning, is having only a ‘restrained’ impact on the economy, Dmytro Sologub, Deputy Governor of the bank, told reporters yesterday.

The Central Bank board decided yesterday to key Ukraine’s prime interest rate at 6%, the level it reached last June. In the 15 months prior to June 2020, the National Bank of Ukraine cut prime by two thirds, from a recent high of 18%.

The contract of Petr Krumphanzl, Chairman and CEO of PrivatBank, expires tomorrow. While the Board looks for a successor, leadership of Ukraine’s largest and most profitable bank will go to Anna Samarina, Deputy Board Chair for Finance. During his three years at the helm of PrivatBank, Krumphanzl, a Czech, increased the bank’s profitability and moved strongly into online banking. He also was the target of harassment – legal and physical – by employees of Ihor Kolomoiskyi, who owned the bank until it was nationalized in Dec. 2016.

President Biden should bolster “US support for Ukraine in order to get the country back on the reform track,” Andy Hunder, president of the American Chamber of Commerce in Ukraine, urges in a new essay for the Washington-based Atlantic Council. “Over the next four years, Biden can play an historic role in helping Ukraine eliminate corruption and free itself once and for all from oligarch control,” Hunder writes. Noting that Biden visited Ukraine six times when he was Vice President, Hunder writes: “Throughout this period, he consistently and outspokenly championed the East European nation’s efforts to reform and eradicate corruption.”

“The top priorities of the Biden administration’s Ukraine policy must be to curtail Russian aggression, reduce corruption, and contain the oligarchs…What Ukraine’s shady oligarchs fear most of all is US Justice,” Hunder writes in the piece headlined: “Why Ukraine’s business community has high hopes for the Biden presidency.” He concludes: “The business community is now pinning its hopes on President Biden to back Ukraine during what promises to be a decisive period in the country’s independent history.”

Turkey’s Doğuş İnşaat ve Ticaret A.Ş submitted a winning $402 million bid to win Ukravtodor’s tender build a 1.7 km cable suspension bridge across the Dnipro at Kremenchuk, Poltava oblast, the state highway agency reports. Designed to be the most modern Dnipro bridge within a 500 km radius, the Kremenchuk bridge will have four lanes and approaches suitable for heavy truck traffic moving from cargo the Left Bank to the Black Sea ports. Construction is to start this year and finish in 2024. The city’s current bridge dates back to the Czarist era and was most recently upgraded in 1949. In the 2000s, Doğuş İnşaat took part in the construction of Kyiv’s New Darnytskyi Bridge and Terminal D at Boryspil Airport.

Qatar’s state-owned power development company, Nebras, is buying control of 214 MW of Ukraine solar and wind plants from Vasyl Khmelnytsky and his partners, according to a filing with Ukraine’s Antimonopoly Committee. The sale of these eight operating plants follows the 2019 sale by Khmelnytsky’s UDP Renewables of three solar plants to a Polish unit of Spain’s Acciona Energia Global.

Germany’s shipping giant Hapag-Lloyd AG is launching three container trains from Odesa – to Dnipro, to Kyiv and to Kharkiv. Each ‘block train’ will leave Odesa three times a week with 30-45 containers. A fast-growing segment, container trains grew by 41% last year in Ukraine. Based in Hamburg, Hapag-Lloyd is the world’s fifth largest container carrier in terms of vessel capacity.

Editor’s Note: Andy Hunder hits the nail on the head. The Biden Presidency represents the last best chance for Ukraine to get back on track with EU-style free market changes. Some oligarchs may resist – openly or through surrogates. But I would not be surprised to see interesting extradition requests arriving from the US this year. With Best Regards, Jim Brooke