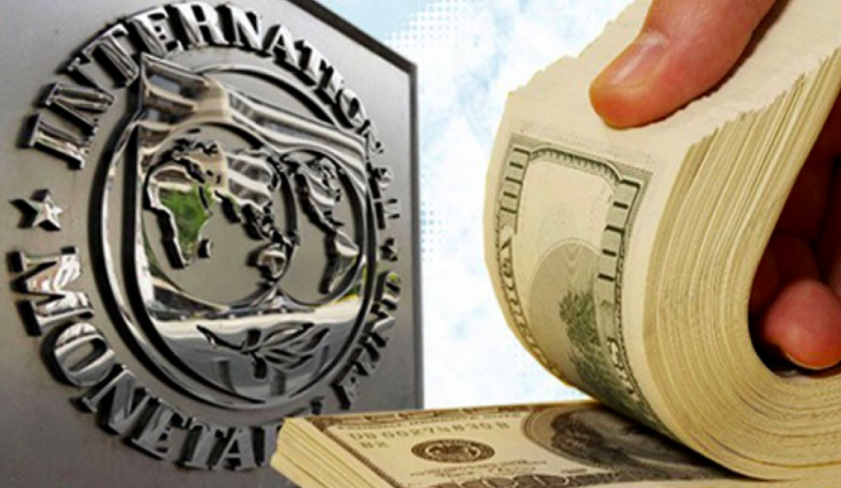 Ukraine must preserve the independence of the central bank under the next governor as part of the $5 billion IMF deal, the IMF’s country representative said in the first public comments since National Bank of Ukraine Governor Yakiv Smoliy quit July 1, complaining of “systematic political pressure.” The IMF’s Goesta Ljungman told Liga.net: “The fact that the management of the NBU openly says that it is subject to political pressure should be of concern to all. »

The interview echoed last weekend through the western press, including the Financial Times, The New York Times, and The Washington Post. The Post version headlined: “Ukraine’s bank chief quit and received a coffin as a warning. It’s a scandal that threatens the country’s economic health.”

The day after President Zelenskiy called for an 11% devaluation of the hryvnia, the IMF representative said: “The current Stand-By Arrangement is premised on…a continuation of the economic policies of inflation targeting, a floating exchange rate, accumulation of foreign reserve and strengthening of the financial sector. »

As nervous investors pushed down the price of Ukraine’s government Eurobonds on Friday, Ljungman, a Swedish economist with a decade of IMF work, gave a primer in classical economics: “We know that prudent monetary, monetary and financial policies have an extremely positive impact on long-term economic development. But we also know that sometimes good policies are unpopular, and some politicians seek to stimulate rapid growth.”

“However, irresponsible central bank policies ultimately lead to high inflation, exchange rate volatility, financial sector problems, low economic growth, and high unemployment, as we have seen during past crises in Ukraine,” he continued. “Recognizing the temptation of excessive short-term stimulus, most developing and developed countries have an independent central bank with clear powers to do what is right for the economy in the long run.”

Ljungman did not say that Ukraine is in violation of the IMF agreement. He also did not put forward any name for a successor to Smoliy. The Rada breaks Friday evening for a 6-week recess. It is unclear if deputies will reach an agreement on a consensus candidate this week.

With Smoliy and his deputy, Oleh Churiy, out, the 7-member central bank board now risks losing its free market majority The Zelenskiy “administration’s plan [is] to remove all current members of the NBU’s management board,” the Kyiv Post reported Friday, citing a “banking” official.

As part of Zelenskiy’s push to drive down interest rates, the new state program « Affordable Loans 5-7-9% » has received applications from entrepreneurs for loans totaling $300 million. Zelenskiy said last week that home mortgages have started to fall below 10%. With annual inflation around 2%, Oleksiy Blinov, head of research for Alfa-Bank Ukraine, writes: “This leaves some room for further (limited) interest rate cuts for the NBU, and we think a 5-5.5% decision is likely on July 23 (current prime rate is 6%).”

Public opinion polls show majorities of Ukrainians are skeptical or hostile to IMF programs. Anti-IMF feeling is whipped up by pro-Russian TV stations – about half of Ukraine’s media market. Ihor Kolomoisky, Zelenskiy’s media backer last year and vocal opponent of the IMF, is bidding to manage the assets of another local media company, reports the Kyiv Post. Kolomoisky, owner of seven television channels and a group of Internet sites, vying for UMH Holding, the leading media company in Ukraine during the presidency of Viktor Yanukovych.

No cash please, we’re Ukrainian. Non-cash payments during the quarantine jumped to 87% in May, from 82% in January, National Bank of Ukraine reports on its Facebook page. In terms of volumes of money, non-cash grew to 55%, from 50%.

Deflating these statistics, Smoliy, the former central bank governor, said in an interview last week with LB.ua: “According to the Ministry of Economy, 30% of businesses are in the shadows. I think it can be easily multiplied by two. More than half of the business is in the shadows.”

Four months after the corona quarantine started, Ukrzaliznytsia is running only one third of its suburban and long distance trains, Ivan Yurik, acting CEO of the state railroad says. If the corona pandemic eases, he hope to restore full train service next month. Last Thursday and Friday, Ukraine recorded about 800 new corona cases each day.

UIA restarts its North America flights this Sunday with a weekly B767-300(ER) flight between Kyiv Boryspil and Toronto Pearson. UIA has not announced plans to restart service between Kyiv and New York JFK.

The EBRD is extending a €25 million loan to UkSATSE to help the air traffic control agency survive the collapse in air traffic. The agency earns its money by guiding planes through Ukraine’s air space. In June, domestic flights were down 54% yoy, international flights were down 89.5%, and overflights were down 91%. EBRD said Friday the ‘solidarity’ loan will help cover “liquidity and working capital needs of the company to maintain the uninterrupted provision of vital operations despite a significant reduction in air travel following the worldwide lockdown triggered by the coronavirus pandemic and public health measures to contain its spread.”

Some of the money is to help Ukraine enter the EU open skies agreement. Ukraine hopes to finally sign the common aviation area agreement on Oct.1, at the upcoming EU-Ukraine summit. Ukraine’s admission was initialed in 2013, but admission was held up over Spain’s dispute with Britain over Gibraltar International Airport. With Brexit, that issue is now moot.

Human error was behind the Jan. 9 missile strike that down the UIA flight shortly after it left Tehran airport, killing all 176 aboard. At an air defense unit, an operator foorgot re-adjust the north direction on the radar system after moving to a new position, an error that contributed to misreading the radar’s data, according to a report posted Saturday on the website of Iran’s Civil Aviation Organization. Six people have been arrested. Next Monday, six months after the shootdown, Iran promises to deliver the jet’s black boxes to Paris.

From the Editor: President Zelenskiy appears determined to kick start growth by getting money out of banks before the Oct. 25 elections. Building a decent court system would slow the flow of money out of the country to Cyprus and other safe havens. It is a little rich for Ukrainians to say to foreigners: ‘don’t do as we do — invest in Ukraine!’ With best regards, Jim Brooke