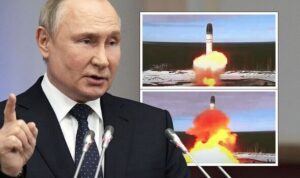 The Russian Federation’s nuclear threats have diminished after the West clearly stated that they are not afraid of it and are prepared for it. Russia cannot just launch a nuclear missile into another country’s territory without consequences; this would lead to a cataclysmic response from the US and its allies. However, if Russia must defend its territories, there would be a possibility and definitely an excuse to use the most dangerous weapon against Ukraine. This might be why the Russian invaders, in such a rush to annex Ukrainian territories. Putin knows his army is not as strong as it was three months ago, and he also knows that the Ukrainian army is almost ready for offensive operations to regain its lost territories. If the Donbas region becomes a part of the Russian Federation, there might be a higher probability of Putin’s army resorting to nuclear strikes to defend its newly taken land.