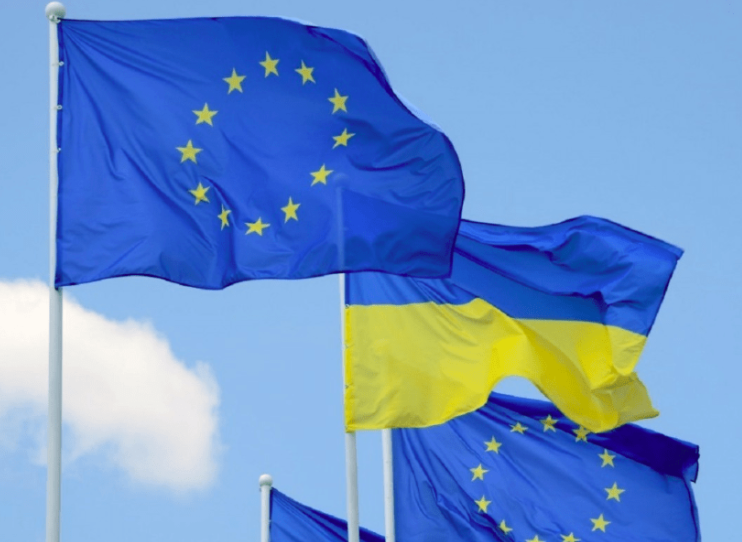 EU Signs €390 Million in Soft Loans, Aid to Ukraine...With UK out of EU, Open Skies Could Start Next Year...Ze is in London Today to Sign Post-Brexit Trade Pact with UK...Central Bankers Won’t Go Quietly...Abromavičius is out at UkrOboronProm

The EU and Ukraine signed deals for loans and aid totaling €390 million at yesterday’s annual EU-Ukraine summit in Brussels. The signing ceremonies contrasted with growing warnings from aid-weary Europeans that “the EU is not an ATM machine.”

Ukraine and the EU will sign an open skies agreement “early next year,” President Zelenskiy told reporters after the summit. Expected to boost post-Covid air travel, the deal has been held up for a decade over Britain’s dispute with Spain over Gibraltar’s airport. With Britain withdrawing from the EU on Dec. 31, this issue will no longer hold up signing of the Ukraine deal.

The final joint statement glossed over recent EU complaints that the Zelenskiy government is backsliding on anti-corruption reforms, undermining institutions designed and funded by the EU in the 2015-2019 period. The statement highlighted the 65% growth in EU-Ukraine trade since the January 2016 implementation of the Deep and Comprehensive Free Trade Area. Viewed as a bloc, the EU is Ukraine’s largest trading partner.

Without offering Ukraine the concrete possibility of EU membership, the EU loses leverage over Ukraine to promote a more pro-Western path, Peter Dickinson argues in a new Atlantic Council blog on EU-Ukraine relations. “For Ukraine, the ultimate objective has always been EU membership,” he writes. “However, Brussels has remained reluctant to discuss this possibility in specific terms.”

To remind Ukrainians that there is an alternative to the East, Viktor Medvedchuk, chairman of Ukraine’s leading pro-Russia party, Opposition Platform – For Life, flew to Moscow to meet with President Putin. Photos of Medvedchuk talking to Putin were released yesterday evening to coincide with photos of Zelenskiy meeting the EU leaders in Brussels. Putin said Russia is ready to provide Ukraine with its new vaccine against the coronavirus, but Kyiv authorities must ask for it.

Today, President Zelenskiy arrives in London to sign a “strategic agreement” ensuring that Ukraine’s trade benefits with Britain continue after UK completes its withdrawal from the EU, scheduled for Dec. 31. The new deal does not change Britain’s longstanding requirement that Ukrainians obtain visas to visit. Last year, bilateral UK-Ukraine trade was $2.6 billion. Trade analysts say this figure could go higher in the 2020s if the UK and Ukraine negotiate free trade in food. Britain, with a growing population, is Europe’s largest food importer. Ukraine, with a shrinking population, is Europe’s largest food exporter.

Kateryna Rozhkova, the veteran Central Bank number two, snapped back yesterday at a move to push her and another deputy to resign denouncing it as “a triumph of the past over the future” and “an alarming signal for National Bank independence and common sense.” Rozhakova and fellow deputy governor Dmytro Sologub are the last survivors of the Central Bank leadership that shut down 100 insolvent banks in the wake of the 2014-2015 crisis. In a Facebook posting, Rozhkova said the bank council voted the reprimand because of an interview the pair gave the Kyiv Post last month. In a separate interview, Sologub told Interfax-Ukraine that last summer’s purge of the central bank Board reduced the IMF’s trust in the bank to “ground zero.”

Concorde Capital’s Alexander Paraschiy writes: “This could also be the latest episode in the Zelenskiy administration’s tactic in removing top officials, holdovers from the Poroshenko presidency, who behave independently and are supported by international financial institutions…it’s the very dismissal of Rozhkova and Sologub, the only NBU board members who have long-standing relations with the IMF, that will reduce the fund’s trust in the NBU to ‘ground zero.’”

In a poll gauging trust levels in government, the Central Bank ranks below Zelenskiy, but above the Rada and the Cabinet of Ministers, the Center for Social Monitoring reported yesterday. In a nationwide poll of 3,014 people completed last week, the categories ‘rather do not trust’ and ‘do not trust at all’ add up to: Zelenskiy – 56.5%; central bank – 65.3%; Cabinet – 71.5%; and Rada – 75%.

Another well-known pro-Western reformer dropped out of the government yesterday, when President Zelensky replaced Aivaras Abromavičius as director-general of UkrOboronProm, the state-owned defense production conglomerate. His successor is Ihor Fomenko, a top member of the Abromavičius team. The choice won cautious praise from the Independent Anti-Corruption Defense Committee, or NAKO. This Kyiv-based think tank wrote on Facebook: “The NAKO team sincerely hopes that under Fomenko, the corporatization reforms and the inception of anti-graft standards of the OECD will continue to be effectively introduced.”

Last August, Abromavičius clashed with Oleh Uruskiy, minister of the newly created Strategic Industries ministry. With almost three decades of work in and out of Ukraine’s defense industry, Uruskiy wants to bring UkrOboronProm under his control. Reformers say if Uruskiy implements the Abromavičius plan of creating several transparent corporations, NATO arms manufacturers will be able to work with UkrOboronProm.

From the Editor: And then there were none. Offering a neat bookend to Zelenskiy’s first year, the last of the well-known pro-Western reformers, Aivaras Abromavičius, was eased out yesterday. Like it or not, for the last five years, these people were the face of Ukraine, a country that struggles for recognition in a crowded world. Every Ukrainian official I met last January in Davos is gone. And with them have gone their contacts, their digital Rolodexes. Looking back at the musical chairs of the last six months, which appointee is better than his or her predecessor? With best regards, Jim Brooke