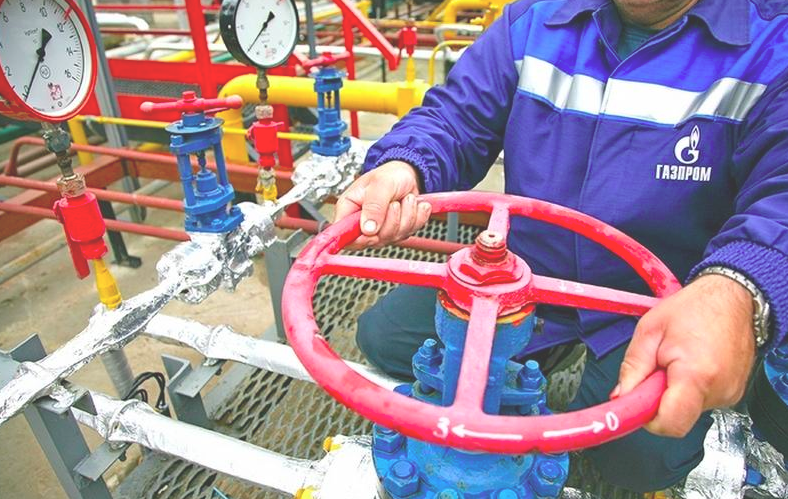 Ukraine will receive $18 billion during the new 5-year gas transit contract, Ukraine’s Energy Minister Oleksiy Orzhel estimates in Ekonomicheska Pravda. Russia is to pay $3 billion by Sunday to comply with last February’s Stockholm arbitration decision. Ukraine is to earn $15 billion for shipping 225 billion cubic meters of Russian gas to the EU through 2024.

Naftogaz and Gazprom representatives meet tomorrow to finalize the new gas contract, Naftogaz Executive Director Yuriy Vitrenko writes on Facebook, “We have already completed our ‘homework:’ we have prepared draft contracts that are ready to be signed.”

Completion of the last 10% of Nord Stream 2 could stretch to 2023, Alexei L. Rakhmanov, president of Russia’s United Shipbuilding Corporation, said Tuesday on Russian state TV. Forced by US sanctions to build their own pipelaying ships, Russia will need two years to design and build the needed ships, he said.

In the latest trial balloon for a Russia-Ukraine economic détente, Russian Prime Minister Medvedev says Russia is ready to talk about lifting economic sanctions – if Ukraine makes the first move. Moved by nostalgia – or by denial – the Russian politician asserted to reporters in Moscow that Russia “still remains for Ukraine the largest market and largest trading partner, no matter what.” In reality, China displaced Russia this year as Ukraine’s top national trading partner. This year, Russia’s GDP is to grow by 1.2% – one third Ukraine’s forecast level of 3.5%.

Oschadbank, Ukraine’s second-largest bank, plans to close up to one-quarter of its 2,400 branches next year, Baiba Apine, head of the supervisory board, tells FinClub. The cuts are part of a drive by the state-owned bank to attain profitability.

With PrivatBank’s new management pursuing hundreds of millions of dollars in claims against the bank’s former owners in London, Tel Aviv and Delaware, the State Security Service, or SBU, has asked the bank to stop filing new lawsuits. Volodymyr Horbenko, the deputy head of SBU, wrote that foreign lawsuits “may negatively affect the conduct of pretrial criminal investigations into banking offenses {in Ukraine].” Three years ago, American forensic auditor Kroll reported on a “large-scale and coordinated fraud” scheme that emptied $5.5 billion from PrivatBank under the ownership of Igor Kolomoisky and Gennadiy Boholyubov.

Concorde Capital’s Alexander Paraschiy notes that the SBU is currently headed by Ivan Bakanov, a former director of Kvartal 95 which broadcasts on Kolomoisky’s 1+1 TV. Paraschiy writes: “So far, it looks like PrivatBank’s board, which consists mostly of independent members appointed under the Poroshenko administration, is able to behave independently and ignore such strange recommendations of the SBU. In any case, such pressure on PrivatBank does not look positive for Ukraine’s investment case and its outlook for an IMF deal, which demands that PrivatBank and the government intensify their efforts to claim compensation from the bank’s former owners.”

Ukrposhta plans to auction 800 real estate properties totaling 130,000 square meters across the nation, Ihor Smilianskyi, general director of the state postal service, writes on Facebook. Properties range from 17 recreational centers to buildings where there is only a foundation. With a tender already out for independent appraisals, Ukrposhta plans to sell the properties through ProZorro.Sales. Trying to rationalize its Soviet-era real estate inheritance, Ukrposhta now earns $3 million a year by renting unused space.

The ProZorro e-procurement system saves the state $1 billion a year since its start in 2016, Pavel Kukhta, first deputy Minister of Economic Development, Trade, and Agriculture, writes on Facebook. The recipient of international transparency awards, ProZorro is being expanded under the Zelenskiy administration.

Foreigners should be allowed into Ukraine’s farmland market one year after-sales begin next October, Economy Minister Timofiy Milovanov tells RBK-Ukraina. Milovanov, a free-market advocate, says: “Essentially, society says: let’s do a [first] stage, without foreigners, without a large concentration of land, with financial support from small and medium-sized farmers. See how it works, and if it works well, let’s move forward to a more liberalized market.” Last week, Bloomberg explored Ukrainian nervousness about a farmland market in a story headlined: “Ukraine Farmers Who Endured Hitler, Stalin Now Fear Markets.”

DTEK Renewables plans to build a 150 MW wind farm in the Berdyansk district of Zaporizhia, reports the website of the Unified Register of Environmental Impact Assessment. DTEK already has 500 MW of wind power capacity in three wind farms on the north shore of the Sea of Azov: Botievska, Orlivska, and Prymorska.

Journalist Sergii Leshchenko and lawyer Oleg Zhuravlev have been appointed as state representatives to Ukrzaliznytsia’s  Supervisory Board. They replace Daniel Bilak and Konstantin Maryevich.

Even before the start of the Christmas shopping season, retail sales in Kyiv were up by 20% through November, almost double the national average of 10.4% Adjusting for inflation, the State Statistics Service reports the fastest growing regions were: Kyiv +20%; Vinnytsia +19%; Ternopil +17%; and Luhansk +16.5%. Last year, Ukraine’s retail trade turnover was up 6% compared to 2017.

All of South America is now visa-free for Ukrainian passport holders. Colombia and Ecuador were approved Tuesday by Ukraine’s Cabinet of Ministers for a mutual 90-day visa-free regime. Bolivia issues a visa on arrival.

In 2020, Ukraine plans to open an embassy in Tirana, Albania and two consulates – one in Marseille and one in Houston. “We will significantly increase the number of consuls in Poland, Israel and other countries where we see the highest load,” Andriy Zayats, state secretary of the Foreign Affairs Ministry, tells Apostrophe, the online publication.

Dina Pimakhova, a former first deputy head of the State Migration Service, was placed under overnight house arrest for two months, the High Anti-Corruption Court of Ukraine ruled Monday.  Fired last spring, Pimakhova is charged with soliciting bribes from foreigners for work permits and residency cards. She denies the charges.

From the Editor: Although Ukraine is overwhelmingly orthodox Christian, Dec. 25 now is a holiday in Ukraine. With two weeks of holidays coming up, many people will be working today. To our ‘Western’ Christian readers, Merry Christmas! Jim Brooke jbrooke@ubn.news