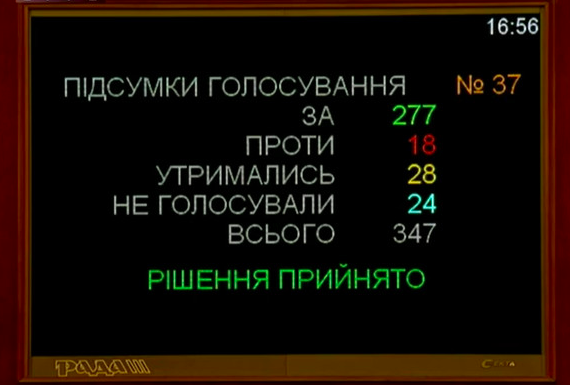 Rada Votes to Block Return of PrivatBank to Kolomoisky...Vote Opens Path to IMF Deal and $10 Billion for Ukraine...Naftogaz Number 2 Vitrenko Goes out With a Bang...Cars Clog Kyiv, Klitschko Pleads for Metro to Reopen

An informal party coalition approved the ‘anti-Kolomoisky’ banking bill in the Rada yesterday. This clears the way for an IMF deal and $10 billion in aid to Ukraine over the next two years, Prime Minister Shmygal told parliamentarians. Finance Minister Sergey Marchenko predicted Ukraine could receive the first $1.75 billion IMF tranch by the end of this month.

With only 80% of the majority Servant of the People Party voting for the law, Zelenskiy attended the Rada session and helped cobble together an ad hoc coalition, drawing votes from two pro-Western parties – former President Poroshenko’s European Solidarity and Svyatoslav Vakarchuk’s Voice. Opposed were pro-Russian parties, Kolomoisky’s faction inside Servant of the People and former Prime Minister Yulia Tymochenko’s Fatherland party.

The bill blocks owners of about 100 banks that were closed or nationalized in the 2014-2015 banking crisis from regaining ownership. Kolomoisky was part owner of PrivatBank, Ukraine’s largest bank, which was nationalized in 2016 after regulator discovered a $5.5 billion hole in its books. For nine months, the IMF held up a deal with Ukraine, demanding legislation that would prevent a return of the bank.

Tymoshenko, now allied with Kolomoisky, promised to continue to fight the bill. She said yesterday in the Rada: “Perhaps the IMF and the puppeteers of the global space do not know that after the adoption of this law it will be repealed in the Constitutional Court, since it is deeply unconstitutional. Our faction will vote against this crime against the sovereignty of Ukraine.”

Western analysts welcomed the news as bolstering Ukraine’s finances and reputation among investors. An IMF deal would unlock about $2 billion in additional aid, largely from the EU and the World Bank.

Anders Åslund writes from the Atlantic Council in Washington: “Adoption of the highly significant Banking Law is a major victory for Ukrainian reforms and for the Ukrainian economy as a whole.”

Timothy Ash writes from London: “Remember this was promised back last autumn – Ukraine has been through three finance ministers since then!… the problem at present is not the money, it is the perception of the broader policy stance going backwards… Interestingly, Bahrain, which has much more onerous debt ratios and financing challenges, managed to successfully come to market this week and borrowed $2 billion at 6.25-7.375%. With the right messaging about reform, with the IMF program in place, then Ukraine can tap the Eurobond market again.”

Despite Zelenskiy’s purge this spring of pro-Western reformers, both analysts cited the leadership of Ukraine’s central bank for maintain exchange rate stability and confidence in the banking system during the current severe global downturn. Aslund wrote: “During two months of global financial crisis, no single bank in Ukraine has gone under. There have been no lines of panicked customers at ATM machines.”

Yuriy Vitrenko, the number two at Naftogaz, will be let go this summer after disputes with Andriy Kobolev, CEO of the state oil and gas company. In a 3,600-word post Facebook, Vitrenko reviewed the pluses and minuses of his nearly 18-year career at the company, concluding that “the final straw” for his relationship with Kobolev was the work by Vitrenko’s legal team this spring to sue Russia’s Gazprom for a total of $17.3 billion. “It is symbolic that I am going to be fired from Naftogaz in a situation when our team, which I have the honor of leading, showed record profits in 2019,” he said, referring to Gazprom’s December of a Stockholm arbitration award to Naftogaz.

Operators of long distance bus lines parked buses in Kyiv yesterday congesting traffic in a protest against the government’s plan to stretch the suspension of long distance bus travel to almost three months. The day after the Infrastructure Ministry revealed a tentative plan to extend the ban until June 9, drivers parked buses on European Square. In windshields, signs read: “Open international bus traffic” and “Open the borders for international bus service.”

With private cars congesting Kyiv streets for the second morning in a row, Mayor Vitali Klitschko asked the government yesterday to authorize reopening of the metro on Monday May 25, shortly after the quarantine is to end on May 22. Users of the underground rail system should wear masks and limit rides to work and back. The mayor said that restricting metro use to people with special passes is ‘utopian.’ Klitschko said: “Today, when more and more people are returning to work, a collapse is taking place in the capital. We will insist on resuming the work of the metro.” The mayors of Dnipro and Kharkiv also want to re-open their metro lines on May 25.

During the first two months of the quarantine, Kyiv lost $60 million in revenues, Klitschko said yesterday. Losses came from rent discounts for city property, and plummeting fees, including the hotel tax.

People can now eat in outdoor restaurants in groups up to four at a table and stroll in parks at groups up to six, the Cabinet of Ministers decided yesterday. On the street, everyone is to wear a mask – a request that increasingly is ignored.

Despite a surge in testing, new documented infections are averaging 400 a day, down from an average near 500 a day during the May 3-8 week. Chernivtsi Oblast in western Ukraine remains the largest hotbed of the disease, with 2,444 confirmed cases, followed by the Kyiv City with 1,960. On Tuesday, the European Aviation Safety Agency placed Kyiv and Chernivtsi regions on a list of risky destinations for European airlines due to the spread of COVID-19.

When the quarantine is eased on May 22, many companies will only partly bring their employees back into the office, predicts Anna Derevyanko, executive director of the European Business Association. “Many companies have adapted to the remote mode of operation. Therefore, due to the fact that there are still risks, they will be in such a quarantine mode for a long time,” she told Interfax-Ukraine.  “The quarantine showed that it is not necessary for the whole team to be in the office to give a good result. Many companies will seriously review the number of square meters they rent and reduce the rented area.”

From the Editor: Congratulations to the IMF for sticking to its guns for nine months and insisting on the law blocking Ihor Kolomoisky from getting his hands on PrivatBank. Undoubtedly, Kolomoisky will try to work his magic with Ukraine’s judiciary. But his real challenge will be the real world courts in the US, UK, Israel and Cyprus. There he faces suits for more than $10 billion in damages on allegations that he and his partners looted PrivatBank. With Best Regards Jim Brooke jbrooke@ubn.news