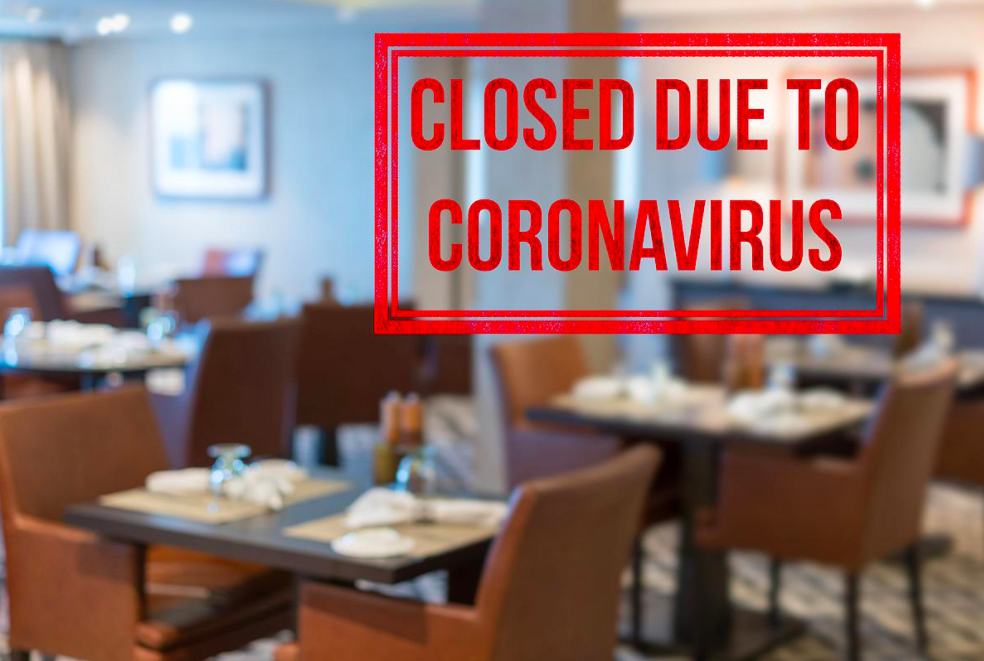 The quarantine has forced 6% of Ukrainian companies out of business and forced another 29% to suspend operations, according to the Society of Ukrainian Entrepreneurs and the Ukrainian Marketing Group, as reported by OpenDataBot.

One third of business owners, mainly small, report a 90-100% drop in income since the quarantine started March 12. These companies laid off up to 50% of staff, reports OpenDataBot, a research platform that works with open government data.

The number of new job postings dropped by 85% and the total number of vacancies dropped in half, according to Work.ua, the job placement agency.

“In addition to risk dying from a coronavirus infection, Ukrainians are much more likely to find themselves in a deep economic crisis,” writes OpenDataBot. “We are beginning to gather data on Ukrainian business during quarantine — so that all decisions made by the authorities in the name of combating the coronavirus take into account not only the number of deaths, but also the quality of life of those who remain alive.”

In a separate survey of small business, 18% are considering shutting down, 31% are cutting staff, 41% are cutting salaries, reports the European Business Association. The survey is based on interviews with 155 small companies participating in the EBA’s Unlimit Ukraine project.

Turnover will drop by up to 50% in the first half of this year, report half of 60 company members surveyed by the Franco-Ukrainian Chamber of Commerce and Industry. Of the companies, 60% have put more than half of their staff on work at home status. Half of the companies see cash flow as a big problem during the first semester. But 75% say the quarantine does not threaten their company’s survival in Ukraine.

If the quarantine stretches to the end of May, 44% of 458 Ukrainian companies surveyed nationwide predict they will lose more than 60% of their revenue. Another 38% doubt they can last for two months, according to the survey completed last week by the Advanter Group together with the Ukrainian Institute of the Future. Hardest hit are: restaurants, hotels, private schools, and non-food retail.

One legacy of what looks like a 2-month shutdown will be a permanent increase in telecommuting, according to a survey of 317 financial directors conducted by Gartner, the consulting company. After the pandemic ends, three quarters of the financial directors interviewed said they would move up to 5% of their staff to telecommuting. About one quarter said they plan to have at least 20% of employees telecommute. Businesses save money on real estate. Employees save time and money on commuting.

The government plans to spend $2.5 billion to fight coronavirus and the economic impact of the quarantine, Finance Minister Serhiy Marchenko, told reporters yesterday. In addition, the new budget includes $1 billion for pension hikes and better pay for medical workers. This new spending is to swell the deficit to $11 billion, or 7.5% of GDP. In the previous budget, this ratio was 2%. Today, the Rada is to start reviewing this new budget.

The European Commission is allocating “more than €190 million” to combat the spread of coronavirus in Ukraine. The money will go to protecting the elderly, expanding online education for students, buying medical protective gear, and combating online disinformation about the pandemic, according to a press release posted yesterday on the Commission’s website.

Ukraine’s Covid cases and Covid dead rose by 15% in the most recent 24-hour period – to 1,668 publicly confirmed cases and 52 dead, reports the Health Ministry. About 22% are in the nation’s business and population center, with 376 cases in Kyiv City and Oblast. The next three regions are: Chernivtsi — 273; Ternopil — 168; and Ivano-Frankivsk –198.

The peak will be next week, predict public health officials. Health Minister Maksym Stepanov warns in a video posted on the ministry’s Facebook page that the system is already near overload:  “To put it simply, the number of patients is increasing so much that there are not enough doctors to help them, nor medicines, nor beds in hospitals.”

As the quarantine tightens, people over 60 are asked to stay home, masks must be worn in public, and the Cabinet of Minister has approved restricting Ukrainians from entering and leaving the country.

Amid uncertainties over Rada approval of the IMF bills, the central bank intervened yesterday, selling dollars for the first time in 10 days. The National Bank of Ukraine sold $44.5 million and set today’s rate at UAH 27.2 /$1.

The president’s chief of staff assured the top US diplomat in Ukraine yesterday that the Rada will meet “shortly” to pass legislation needed for an IMF agreement. “Andriy Yermak informed that the meeting of the Verkhovna Rada would be held shortly, in the course of which the necessary laws should be adopted to start implementing the new program of cooperation with the Fund,” Zelenskiy’s press office reported of the meeting with US Chargé d’Affaires Kristina A. Kvien.

Simon Cherniavsky, the US-trained CEO of the State Food and Grain Corporation, has resigned after four months in the job, alleging political interference in the state-owned grain trader. Cherniavsky, who directed the turnaround at Mriya Agro Holding for four years, said in a farewell statement: “The government and I have different visions of the development of the SFGCU, in particular regarding the corporate governance strategy and protecting the corporation from political interests.” In 2012, the Grain Corporation raised a $3 billion loan from the Export-Import Bank of China.

Ukraine’s average import price of gas in March was 9% lower than in February, reports the Ministry of Economic Development and Trade.  Enjoying Europe’s lowest natural gas prices in a decade, Ukrainian companies imported gas in March at an average price of $153.65 per 1,000 cubic meters.

From the Editor: The radical quarantine seems to be flattening Ukraine’s corona curve. But the price will be business bankruptcies and a lost year for economic growth. Ideally, some of the big government spending will actually reach real people and ease the pain. The inflation certainly will reach everyone. It would be nice if 10% of the cash were spent on slashing the red tape that can make investing in Ukraine look like an X-rated bondage film. With Best Regards, Jim Brooke  jbrooke@ubn.news