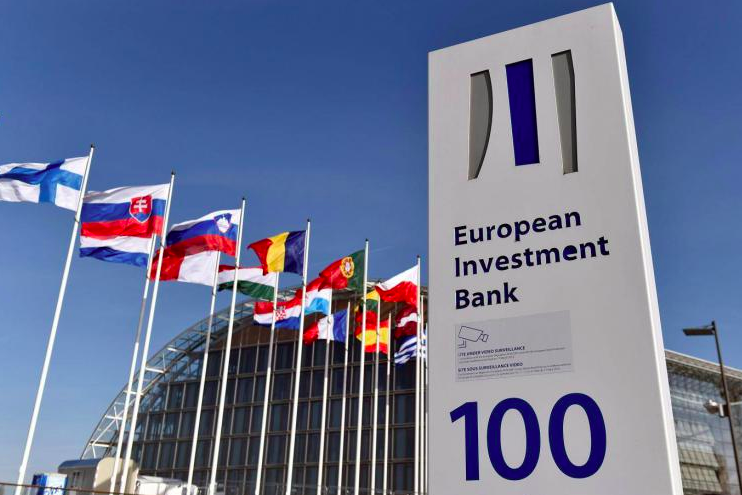 The EU and the European Investment Bank extended a total of €1.24 billion euros in aid and loans to Ukraine yesterday. Coming without a public signal from the IMF, the aid is seen as helping the Finance Ministry go to market in coming days to raise up to $3 billion in Eurobonds to close the year end financing gap.

In a surprise move, the EU disbursed yesterday €600 million in aid that originally had been approved in April. Billed as aid in the fight against coronavirus, the aid came the day after top EU officials criticised a new anti-corruption law as weak. The EU stressed that  release of a second tranche from the €1.2 billon package will be subject to compliance with conditions, largely in curbing corruption.

Prime Minister Shmygal, who has said the government could turn to the Eurobond market in coming days, welcomed the money, saying: “This is an important signal from our European partners, because such decisions demonstrate support for our European integration course and the reforms taking place in Ukraine.”

Concorde Capital’s Alexander Paraschiy writes: “This is an unexpected move, taking into account that as recently as yesterday the EU officials criticized the Ukrainian government for the slow and insufficient recovery of its anti-corruption infrastructure after the damage done by Ukraine’s Constitutional Court on Oct. 27. Nevertheless, this is a positive development that will allow Ukraine to partially cover its huge budget financing gap by the end of 2020.”

The new law “has several deficiencies and does not produce the necessary deterrent and corruption prevention effect,” is the EU press summary of  comments made to Shmygal on Tuesday by EU High Representative for Foreign Affairs and Security Policy Josep Borrell  and EU Commissioner for Neighbourhood and Enlargement Olivér Várhelyi. The Prime Minister’s website does not make mention of this part of the call.

Yesterday, in announcing the disbursement of the first €600 million tranche, the European Commission press office said: “The disbursement of the second tranche will be conditional on fulfilling the eight specific measures laid down at the MoU. These include measures in the areas of public finance management, the fight against corruption, improving the business environment and the governance of state-owned enterprises.”

Separately yesterday, the European Investment Bank signed three low interest loans totalling €640 million with Prime Minister Shmyhal. About two thirds of the loans go to rebuild hospitals, schools, kindergartens and sewage systems in 20 small cities in the Ukraine-controlled half of the Donbas.  €100 million will go to repair 183 km  of roads in Luhansk.

Bank President Werner Hoyer said during the signing that the loans will help 13.7 million people living in southeast Ukraine. The loan package includes €200 million to improve urban transport across Ukraine, including Kyiv and Kharkiv, largely for electric buses, trams, trolleys and metro cars, reports the Infrastructure Ministry. Shmyhal said the loans “will provide economic, environmental and social benefits for the citizens of Ukraine for many years.”

The package is part of €1 billion in European Investment Bank aid extended to Ukraine this year, Jean-Erik de Zagon, the Bank’s resident representative here, told reporters. Currently Ukraine accounts for 50% of the Bank’s loans. Since 2007, Ukraine is the main recipient of the Bank in Eastern Europe, receiving a total of €6.83 billion in loans and guarantees.

Some of the money is for reducing the isolation of the Azov Sea region by improving road and rail connections to Mariupol and Berdyansk. In step in that direction, Ukrzaliznytsia starts on Sunday a daily night train from Kyiv Passenger Station to Avdiivka, Donetsk, Rada Deputy Musa Magomedov writes on Facebook. The terminus for this 14-hour train ride will be Avdiivka Station, about 1 km from the front line.

To brake the mid-winter spread of coronavirus, the government will impose a January 8-24 lockdown, essentially a 2-week extension to the Christmas and New Year holidays. At a Cabinet meeting yesterday, Prime Minister Shmygal said employers should encourage employees to work from home. Buses, trams, and trolleys will work on a seated basis. Only the metro will run with standees. Domestic and foreign air travel is not to be restricted.

Open will be: food stores, banks, pharmacies, hotels, post offices, kindergartens, restaurants for take out only, and barber shops and beauty salons by appointment only.

Until the lockdown, several cities will have Christmas fairs and concerts. Ski areas and churches are to operate unimpeded, Deputy Health Minister Viktor Lyashko said Sunday, before the lockdown was announced.

The lockdown plan comes as daily new infections receded this week to the 12,000 range, well below the average of 16,500 recorded 10 days ago. However, Kyiv is recording a peak of 1,700 new cases a day this week. In Lviv, Mayor Andriy Sadovyi is the latest politician to battle the disease.

Vaccines should arrive in Ukraine next month, says Ihor Kuzin, the Health Ministry’s Public Health Director. Under the COVAX global initiative, Ukraine is to initially receive 8 million doses of the two-jab kind. This means that 4 million people, about 10% of Ukraine’s population could get vaccinated this winter. Next year, the government plans to vaccinate about half of Ukraine’s population.

With Ukrainians reluctant to take mass transit during the coronavirus epidemic, first time registrations of imported used cars hit 313,300 through November, four times the number of new imported cars, reports Ukravtoprom, the vehicle industry association. In November, the Ukrainians registered 32,200 thousand used imported cars. This is up 12% you and 4.5 times more than the number of new cars registered last month.

Editor’s Note: The EU is sending mixed messages — lecturing Ukraine’s government on its feeble anti-corruption fight on Tuesday, then opening the aid faucets on Wednesday. On Monday, at the Ukrainian Investment Roadshow Anders Aslund, the veteran Ukraine watcher, undiplomatically said the best hope now for Ukraine’s reform movement is four years of ‘tough love’ from Joe Biden. Reading the tea leaves in Washington, Anders and other analysts believe the Biden Administration will step up to the plate. With best regards, Jim Brooke