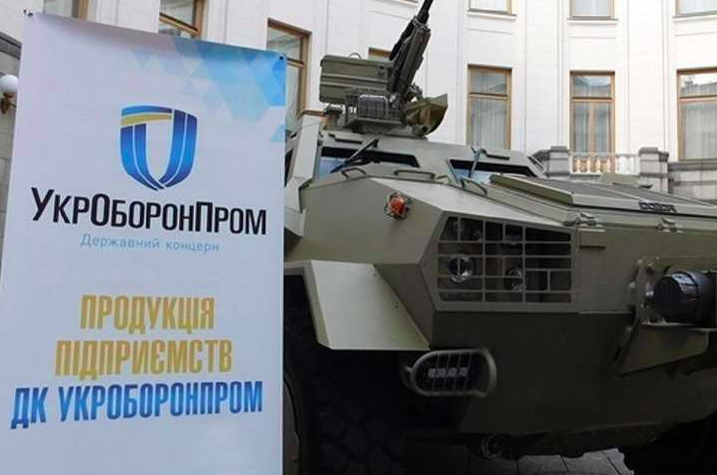 Yuriy Gusev, Ukroboronprom’s director general, yesterday signed $1 billion worth of agreements and contracts in the United Arab Emirates with the country’s two leading military equipment manufacturers, the EDGE Group and Tawazun Economic Council. “We are delighted with the opportunities for the UAE and Ukraine to cooperate, exchange and benefit from the military and the technical capacity of the two countries,” said EDGE CEO Faisal Al Bannai, according to Zelenskiy’s presidential website.

Nicknamed “Little Sparta” by former US Defense Secretary James Mattis, Sunni-dominated UAE is a close ally of Saudi Arabia and faces Shia Muslim Iran across the Strait of Hormuz. Government-owned EDGE specializes in drones, long range missiles, cyber defense, and electronic warfare. It has 12,500 employees and $5 billion in annual revenues. The Stockholm International Peace Research Institute ranks EDGE 22nd in its list of world’s largest arms companies. SIPRI researcher Pieter Wezeman writes: “EDGE is a good illustration of how the combination of high national demand for military products and services with a desire to become less dependent on foreign suppliers is driving the growth of arms companies in the Middle East.”

With the UAE’s Hope probe now in Mars orbit, Ukrainian space and high tech companies could contribute to boosting bilateral trade, Zelenskiy said yesterday in a meeting with Sheikh Muhammad bin Zayed Al Nagayan, Crown Prince of Abu Dhabi and Deputy Supreme Commander of the UAE Armed Forces. The two countries vowed to increase trade “several times” from the 2019 level of $1.65 billion. Zelenskiy said high level Ukrainian delegations are coming to the Emirates for two big trade fairs that open Sunday – Gulfood in Dubai, and IDEX, or the International Defence Exhibition and Conference, in Abu Dhabi.

“Ukraine can and will become a guarantor of food security in the Emirates,” Zelenskiy told WAM, the Emirates News Agency, shortly after arrival on Saturday. “We are among the world leaders in the export of wheat, corn and barley.”  With a population of 10 million, the Emirates has an economy three times bigger than Ukraine’s, but imports 85% of its food — $2 billion worth last year. Last year, Ukraine exported $252 million worth of food to the UAE. Zelenskiy noted that Ukraine’s pavilion at the World Expo that opens in Dubai in October will be shaped like a 15-meter high sheaf of wheat. He said: “The yellow color on our flag symbolizes the wheat field and readiness to contribute to world food security.”

The European Investment Bank will lend €270 million to rebuild Boryspil airport’s 50-year-old western runway, the EU bank announced Friday at its Luxembourg headquarters. In addition to replacing the obsolete 3,500 meter long concrete runway, the 20-year loan will go to improving de-icing, airfield lighting, and instrument landing. Looking beyond today’s coronavirus travel restrictions, Prime Minister Shmyhal said in Luxembourg: “The loan signed today for Boryspil International Airport will ensure the development of infrastructure and strengthen the position of the international hub.”

The EIB also is loaning Ukraine €50 million to buy Covid-19 vaccines and modern refrigeration equipment to store them, the bank reported Friday. Earlier, the World Bank announced it would loanvUkraine $89 million to buy vaccines.

Vaccinations are to start in Ukraine this week, Viktor Lyashko, chief sanitary doctor and deputy health minister, said Saturday. Over the next 10 weeks, 367,000 people are to be vaccinated – largely soldiers and Covid-19 doctors. By the end of this year, the Ministry hopes to vaccination almost half of the nation’s adults.

After six weeks of remote talks, an IMF team in Washington suspended its work Friday with Ukraine, awaiting “more progress.” Needed steps include adopting legislation to restore anti-corruption bodies, cleaning up the courts and phasing out price controls on natural gas. Goesta Ljungman, the IMF representative in Kyiv, said: “The discussions were productive, but more progress is needed to support completion of the first review under the program. Discussions will continue.”

With Eurobond rates low, Ukraine may not feel urgency, analysts say. With the Biden Administration forming its policy and  team for Ukraine, the IMF may be waiting to get clear signals from the US, its largest shareholder.

Tim Ash writes from London: “It’s always a frustration in Ukraine that in times of flush global market liquidity reform momentum stalls…Markets can of course turn… Ukrainian policy makers would thus be well advised not to bet everything on markets remaining open to them this year, and to try and get back to proper talks with the IMF ASAP.”

In response, President Zelenskiy promised to submit to the Rada this week needed draft bills to improve the judicial system and “insist” lawmakers debate them “quickly.” Finance Minister Serhiy Marchenko emailed Bloomberg to say: “Ukraine remains committed to its reforms agenda and fruitful partnership with the IMF.” Underlining the lack of urgency, presidential advisor Timofiy Milovanov, a supporter of reforms, told Interfax-Ukraine: “Financial and macroeconomic stability is maintained. There are no systemic risks. The situation with the budget is normal.”

Editor’s Note: The Kremlin’s Soviet-trained leadership is too slow to adapt. We live in a world of choices. If you are hostile to Ukrainians, they stop coming to visit. Last year, 4 million Ukrainians traveled to Poland, 1 million to Russia. If you drive tanks into Ukraine, they reach across the Black Sea and forge a military production alliance with Turkey, enemy of the Czars since the first Russo-Turkish War – in 1568. Now they are reaching further afield, to the UAE. If you sanction trade with Ukraine, Ukraine redirects trade to China. Last year, Ukraine’s trade volume with China was double that of trade with Russia. I could go on and on about Ukrainians making their own choices for language, religion and military training. In 2021, Russia is run by a 68-year-old man who looks back and frets about the collapse of East Germany. To some in the West, President Putin has a no stick, Teflon reputation as a great geo-strategist. But, 10 years from now, after Putin passes from the scene, Russians will wake up and ask: Who lost Ukraine?  With Best Regards Jim Brooke