The impact of COVID-19 on the Ukrainian economy 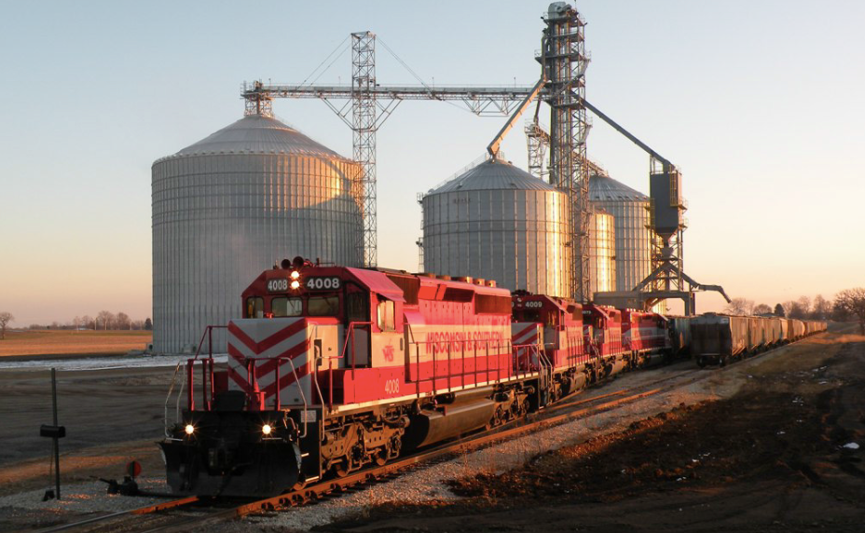 “Today we transport 100 percent of cargo and there are plans only to increase the pace and volume of traffic,” said Irakli Ezugbay, director of commercial work and logistics at UZ, the carrier reported on Nov.29.

The sharpest decline in electricity consumption was in Ukraine’s machinery industry (-17.1percent), metallurgy (-7.4 percent), fuel industry (-5.8 percent), and transport (-14.8 percent). However, in some sectors of the country’s economy there was still an increase in consumption despite the pandemic. Among those were the chemical industry (+14.4 percent) and households (+2.8 percent).

The shortage of industrial production for the first ten months of the year reached almost seven percent, according to the State Statistics Service. The worst situation was in machinery (-20.4 percent), especially in automotive and electronics. On the other hand, the chemical industry and pharmaceuticals were not affected by the coronavirus crisis. Production there grew by six percent and one percent respectively.

In Ukraine, often associated as the world’s breadbasket, the inflow of foreign exchange from the agrarian sector accounts for 40 percent of GDP. This year the agrarian exports already decreased by seven percent to $12.5 billion due to the lower harvest and reduced prices for grain, oilseeds and products, according to UCAB analyst Ivan Kolodiazhnyi. While producers still observed an increase in export of sunflower oil (+21 percent), wheat (+6 percent) and barley (+37 percent), other crops did worse this year – corn (-12 percent), soybeans (-48 percent) and rapeseed (-29 percent).

At the same time, this year Ukraine started to increase its agrarian import (mainly cheese, tobacco and feed product) – during January-October it reached $5.1 billion, almost 15 percent more than in 2019, Ukrainian agribusiness club (UCAB) reported on Nov.9.

“If last year there were three applicants for one job offer, this year there are already six applicants,” reported the state agency.

While the agricultural and metal industries have almost recovered globally from the COVID-19 pandemic and are expected to reach pre-pandemic levels in 2021, the energy industry will have much more lasting effects.

As prices for the U.S. crude oil went negative for the first time in history in April and have only partially recovered, revenues of key world players may be cut up to 85 percent this year compared with previous one, according to the International Energy Agency.

Oil prices are expected to reach $44 per barrel next year, the World Bank reported on Oct.22.

As the crisis severely hits the fossil fuels market amid the global tendency of developed countries to decrease carbon emissions, renewable energies come to the fore. 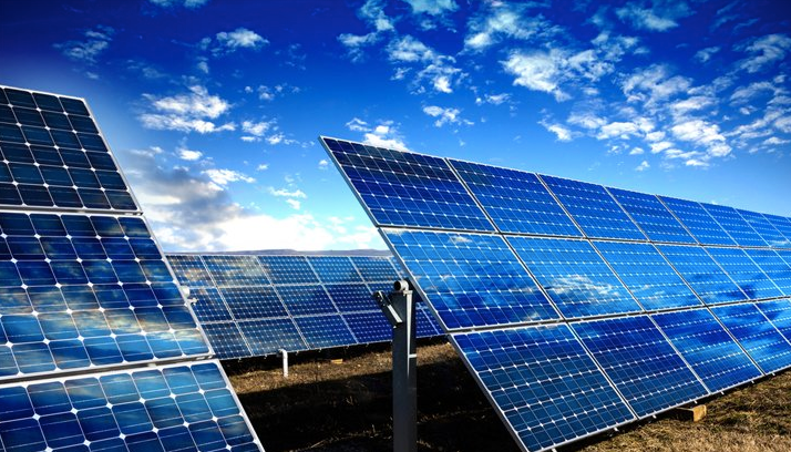 “The era of global oil demand growth will come to an end in the next decade,” said Fatih Birol, the executive director at Paris-based International Energy Agency. “I see solar becoming the new king of the world’s electricity markets.”

But Ukraine’s green energy sector, responsible for 8.1 percent of total country’s electricity generation (coal-fired power stations and nuclear power plants – 32.8 percent and 52.6 percent respectively, hydropower plants – 5.2 percent), is going through the worst crisis in its short history. As of the end of November, the state owed $330 million to renewable power producers. This was announced by the newly appointed acting Minister of Energy Yuriy Boyko.

Moreover, on July 31, President of Ukraine Volodymyr Zelensky signed a bill on reducing tariffs for solar and wind power plants by 15percent and 7.5percent respectively.

A sector that has generated 25 percent of the nearly $ 60 billion of total foreign direct investment in the country over the past three decades, now struggles from misunderstanding what to do next.

“Any retroactive action like this is very unfortunate,” said ambassador of Norway to Ukraine Erik Svedahl during the Energy Talk discussion organized by the European Business Association and the Kyiv Post on Nov.4.

“We are lagging behind on our payments… If there had been political will, this could have been fixed in a very short time,” added Carl Sturen, managing director of Vindkraft, wind power developer Ukrainian based wind power development and investment company.

As an option to get out of the energy crisis, Ukraine needs to launch an electricity market, so private companies could sell the power electricity at market prices to the grid, but not at prices set by the government, managing director at the Energy Industry Research Center Oleksandr Kharchenko proposed during the discussion.

Another possible way to decrease risks in the energy sector for Ukraine is to cooperate with the European Union within the Green Deal. For example, Ukraine might produce emission free hydrogen by Energoatom and sell it to the EU countries and not depend on shortage of feed-in tariffs for renewables.

“A lot of people are thinking about how to start something new,” Kharchenko said.

In October, the National Bank of Ukraine forecasted that the country’s GDP will shrink by 6percent this year, but will grow by 4.2 percent next year. At the same time, inflation will end this year at 4.1 percent and rise to 6. 5percent next year 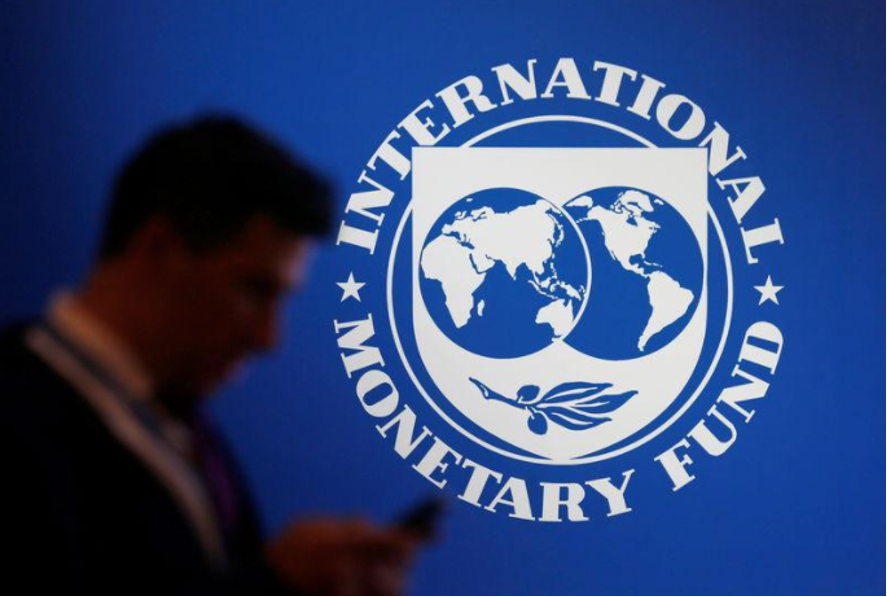 Meanwhile, the International Monetary Fund gives a slightly worse prognosis – it expects Ukraine’s GDP to fall 7.2 percent this year, but it’s already higher if compared to minus 8.2 percent the Fund forecasted earlier in June.

According to the NBU forecast, the country’s international reserves will end this year at $29.1 billion, then rise next year to $29.5 billion assuming IMF disbursements resume.

Public and publicly guaranteed debt is now at 63 percent of GDP while starting next year, it will decline by 2-3 percent annually.

If Ukrainian government decides to impose another lockdown amid the rapidly growing number of newly detected cases of coronavirus disease, which already reaches 15,000-16,000 per day, most affected will be small and medium businesses (SMEs), according to Dmitry Boyarchuk, executive director of the Center for Social and Economic Research.

According to Hlib Vyshlinsky, executive director at Centre for Economic Strategy, “it will be extremely painful for such businesses, since we do not have real mechanisms of state support, unlike in developed countries.”

In Ukraine businesses often have to solve problems caused by the Covid-19 pandemic on their own. According to the recent study made by London-based market research company Kantar, measures of financial state support for businesses in Ukraine evaluated as much worse than in the EU.

While only 6 percent of companies participated in a survey were satisfied with how Ukrainian government supports business during the pandemic, in the EU countries the figure reached 37 percent.

For example, the German Bundestag allocated 750 billion euros for social packages to support businesses and citizens. Within one of the programs called Kurzarbeit, the state covers 60percent of the employee’s salary or 67percent for employees who have children.

The UK government has relaxed bankruptcy laws to allow businesses with debts appeared due to the quarantine to continue operating. Plus, in March, the Bank of England cut the rate from 0.75 percent to a record low at the time 0.25 percent. As a result, it’s easier to pay off loans as mortgage and loan interest rates also drop.

Maxim Timchenko, CEO of DTEK, sees it as an “important initiative that creates additional opportunities to reduce corruption in the country” and to make a serious step towards European integration.

“A transparent business environment in Ukraine is the most important condition for making decisions about investments and business development,” he said.

Following the memorandum companies agreed to do business “honestly, transparently and in compliance with the law.” It also includes guarantees on safe and healthy working conditions for employees,  and to handle production waste ecologically and accordingly to all standards.