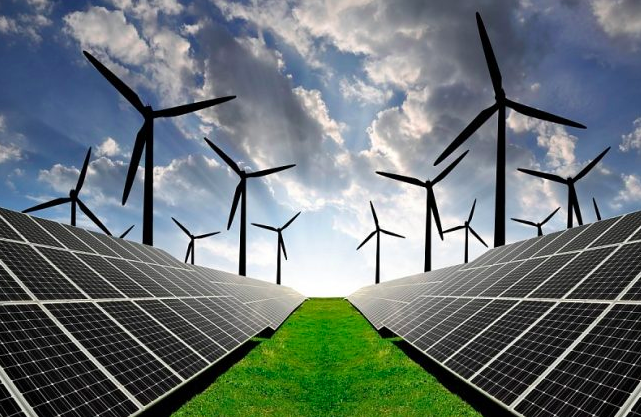 Tomorrow, the Rada is to debate and vote on second reading the energy bill reducing the ‘green’ tariffs for solar and wind energy producers. The bill was to be voted on Friday, but the government did not have the votes and called for a special Rada session today and tomorrow.

Eight business chambers and renewable energy groups called Saturday on the Rada to adopt the tariff bill “as a critical step toward resolving the renewable energy crisis in Ukraine.” The letter calls for adopting the law without changing agreed upon rate cuts: solar by 15%, and wind by 7.5%. The groups also ask the Rada to extend Power Purchase Agreements by two years.

The draft includes a timetable for the government to pay green energy producers their unpaid bill, currently $625 million. “Green energy producers have not been paid in full since March,” notes the letter, signed by the American and European chambers. Passing the bill tomorrow without changes, the letter warns “is a prerequisite to avoid numerous arbitrations and for international financial institutions to provide financing to stabilize the market situation in energy sector.”

“Dark clouds hang over #UkraineRenewableSector,” headlines a story in EU Reporter, the Brussels-based news site. “If any potential decrease in the feed-in tariffs does not receive the total backing from investors…it may lead to a series of lawsuits against the state,” writes the author, Andrian Prokip, a senior associate at the Kennan Institute. “In this scenario, the companies would win their cases and the state will be obligated to pay the affected parties an amount in line with the initial support model and additional fines. Spain, for example, has already experienced this and now has to pay compensation to the investors.”

Industrial electricity consumers are pushing back against next month’s planned doubling of the electricity transmission tariff – a hike designed in part to help pay overdue bills to renewable power producers. ArcelorMittal Kryvyi Rih, the largest foreign investment in Ukraine, warns: “This increase threatens to complicate significantly the work of mining and steel companies in Ukraine, which are among the key electricity consumers.”

Cheap electricity is key for Ukrainians metals competing in world markets. “To be a successful competitor in the rolled metal market, we are obliged to offer high quality product and reasonable prices,” says Stanislav Gi, Arcelor’s Ukraine head of Energy Resources. “The tariff growth for electricity transmission puts steel manufacturers in an obvious disadvantage, which in turn will affect economy of Ukraine in general.”

Ukrainians declared UAH 94.5 billion [$3.5 billion] in income tax last year, 13% more than in 2018, reports the State Tax Service. Almost 505,000 Ukrainians filed their declarations by June 30, the deadline extended due to coronavirus. There are 20 million working age Ukrainians, but most to not earn enough official income to pay tax. Last year’s inflation rate was 8%.

A license to mine fire clay near the Donetsk front line sold for 2,362 times the asking price Friday. The difference came when the State Geology and Subsoil Service innovated and sold the license through an electronic auction.  The license to mine the Klishchiivka deposit, midway between Kramatorsk and the front line, went for $1,481,481 – far above the starting price of $627. Refractory clays are used to make ceramics and fire bricks.

The first auctions for mining amber deposits were held Friday on ProZorro. In a market test of the new amber mining law, four mining companies bid the price of the first license up almost 40 times, to $468,000. In the second auction, six companies bid up the asking price 90 times, to almost $1.1 million. The 5-year licenses are for two 10-hectare deposits in Sarny district, midway between Rivne city and the Belarus border. Vitaly Koval, head of Rivne Regional Administration wrote on Facebook page: “The results exceeded all our expectations…We work openly and transparently for business!”

The 50 speed cameras operating in Kyiv since June have cut the number of speeders by 80% and have netted the Treasury $2 million in fines, Anton Gerashchenko, deputy minister of Internal Affairs, tells Liga Novosti. The Ministry is buying 300 more speed cameras to install across the nation by the end of this year.

Construction of Ukraine’s largest air cargo terminal should start this fall at Boryspil, reports the European Business Association, citing an EBA logicistics meeting with airport executives and Oleh Yushchenko, deputy minister of Infrastructure. Two weeks ago, the Kyiv Regional Administration allocated to the airport five square kilometers of land belonging to Hora, the last village on Boryspil Highway before the airport turnoff.  Design work is underway, money has been allocated, and the terminal should open in time for the Christmas 2021 package shipping season, the EBA predicts.

With the EU closed to Ukrainian tourists, SkyUp airline is postponing resuming EU flights until Ukraine’s Covid infection rate drops to EU levels. For now, the airline flies to Albania, Egypt and Turkey. Domestically, it flies from Kyiv Boryspil, Kharkiv and Lviv to Odesa; from Lviv to Kherson; and from Zaporizhia to Kyiv.

Ivano-Frankivsk is the latest regional airport to resume service. Windrose, an airline controlled by Ihor Kolomoisky, started flying Thursday from Kyiv Boryspil, to the airport, which also is controlled by Kolomoisky.

Today in Paris, international experts are to start reading the black box from the UIA passenger jet shot down outside Tehran airport on Jan. 8 by Iranian surface to air missiles, Mohsen Baharvand, an aide to Iran’s foreign minister, tells ILNA news agency. All 176 people on board were killed. The flight recorder for the Boeing jet arrived in Paris Friday. Iran blamed the six-month delay in sending the box to coronavirus travel disruptions.

From the Editor: The green energy situation looks like a train wreck waiting to happen. Due to governmental paralysis, high teaser rates were offered to investors for too long. Even if the Rada passes the reduction bill without major changes, some disgruntled solar investors are going for international arbitration. Meanwhile Ukraine’s four nuclear power plants are aging with no provision for decommissioning. When that day comes, Ukraine’s leader du jour can be expected to play the Chornobyl card and ask the EU to pay for taking apart the 15 Soviet-era reactors. Electricity in Ukraine is cheap today, in part because no one is amortizing the real cost of nuclear, currently the source of 50% of power. With Best Regards Jim Brooke jbrooke@ubn.news