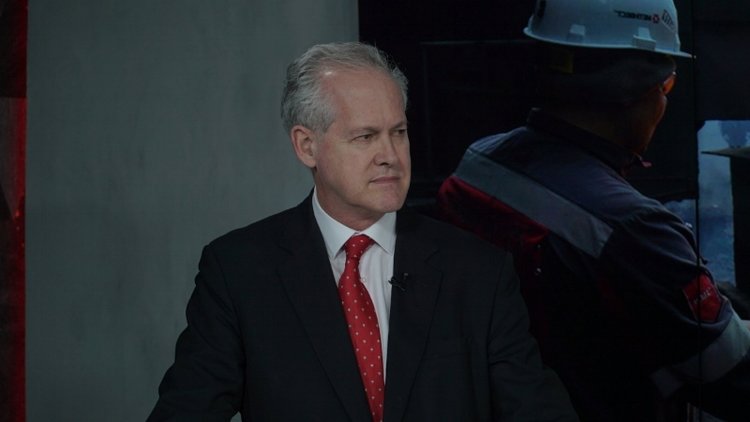 Ukraine: A Land Of Economic Problems Or Opportunity?

Two years ago, Ukraine came out of recession – but so far the country has only managed to achieve modest economic growth. There seem to be a number of factors limiting Ukraine’s economic progress: its strained relationship with the western institutions, such as the International Monetary Fund (IMF), internal political struggles with rule of law and corruption and the ongoing war in the occupied eastern territories.

However, according to Editor-in-Chief at the Ukraine Business News (UBN) James Brooke, there is reason to be optimistic about Ukraine’s economic future. Reports cites a new production line from one of Ukraine’s biggest food processing companies, 13 new gas wells in the Lviv region and the introduction of Ryanair flights to and from Ukraine as indicators of the country’s improving economic situation.

“We look more at Ukraine, not as a bag of problems, but as a bag of opportunities, where people are making money and where they’re investing,”Brooke told Hromadske.

Brooke also does not believe that the war in Donbas is as much of an obstacle to Ukraine’s economic development as many may assume.

“The occupied areas are only three percent of the national territory. So, it’s a very successful propaganda campaign by the Kremlin to tar all of Ukraine with the hostilities in the East, and, we’re ignoring the other 97% of the country.”

Growth in the foreign investment sector could also be on the horizon. While some foreign businesses may be “standoffish” about investing in Ukraine during an election year, the existing foreign investors in Ukraine are looking to expand, according to Brooke.

In terms of Ukraine’s relationship with western institutions, even Ukraine’s Association Agreement with the European Union, which was finally ratified last year, is actually starting to pay off.

“It is working slowly, it will work faster. The European foreign minister came through here and said that probably a lot of the 2.5% growth last year was the locomotive of an increase of 27% in exports to the EU, and that pulled Ukraine forward,” Brooke said. 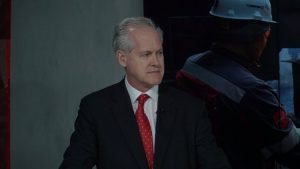 I have some highlights from the newsletter I received from your publication. To give an example: one of Ukraine’s largest food processors has built a production line in the Lviv region, two large potato producers plan to build factories to produce french fries, 13 new gas wells will open this year in Lviv, by 2020 Ryanair expect to carry more than four million passengers to Ukrainian airports, almost 11 thousand indians study at Ukrainian universities and a nationwide poll of Ukraine’s economic views by the International Republic indicates a gradual increase in economic optimism. There is a lot of this kind of business news, which are sometimes not in the headlines of big publications, yet, of course, there are difficulties. As a journalist focussing on the economy of this country, what is your diagnosis? How would you assess it? What does the international public generally need to understand?

Yeah, I think the common thread there is that not everybody in Ukraine is obsessed about what’s happening in Kyiv and they’re going ahead with their lives, they’re investing, they’re building, they’re planning. The Ryanair development – it really is very exciting. President Poroshenko got it a little wrong when he said it would take one million Ukrainians to Europe, and the head of Ryanair corrected him, saying: No, I’m going to bring hundreds of thousands of Europeans to Ukraine as tourists, some as business people. And that is really crucial for establishing the confidence in Ukraine, exposing Europeans to Ukraine who have never been here and don’t know it’s all about. We look more at Ukraine, not as a bag of problems, but as a bag of opportunities, where people are making money and where they’re investing.

But still, what are the obstacles then? Because being honest with the audience, with your audience – the people who would probably like to invest or do business in Ukraine – it’s also important to mention the concerns and, of course, there are still complications. So what are they?

Yeah. The number one is obviously the lack of rule of law, where you can’t trust the courts. And the foreign businessmen know that, and your Ukrainian businessmen know better than they do. But, people can work around that to some degree. The other thing is a little more subtle – it’s just the general ignorance about Ukraine. People do not know Ukraine, they haven’t been here. If you look at Mexico, which has many problems, 3% of the entire US population went to Mexico last year on vacation. If 3% of Germans came here, that would mean there’d be 2.4 million Germans in Ukraine.

Where would you place the war in this respect? There are two sides to that. First of all,  the war is sometimes used as an excuse by the government for not making the reforms happen. At the same time, maybe they are pointing to the war too much and that makes people not want to invest in Ukraine. Or, maybe it’s the case that business ignores that fact and does what it likes in other regions.

Right. The war is real and it can’t be minimized, but, I hate to tell the people in Donetsk and Luhansk, the occupied areas are only three percent of the national territory. So, it’s a very successful propaganda campaign by the Kremlin to tar all of Ukraine with the hostilities in the East, and, we’re ignoring the other 97% of the country. So, in American terms, it’s like a South Korean businessman: Don’t invest in Oregon because they’re having race riots in Los Angeles. This is a big country, it’s bigger than California, and the war is very far away and it’s contained in three percent of the country.

At the same time, the State Property Fund has posted on its website that 660 small-scale state companies are to be sold this year. At the same time, we know that the biggest state enterprises, which are probably the most difficult to be privatized, and that’s the most difficult for the government to give it to somebody else, because these are the place where we really look at the most corrupt cases. Every single year, the government promises to sell these huge companies, yet, do you think it will happen this year? Or are you treating it as another promise?

No, no. I mean, there’s a new privatization law, and I do believe they will start selling off the small fish very quickly, though, there’s this new thing called “ProZorro.Sale,” where they announce the tenders. Someone in London, or Frankfurt, or New York can see it, see what the conditions are, can bid, and ,it’s a really kind of fast bidding system – they call it the “Dutch auction” – and they will get rid of a lot of of these smaller companies. The bigger ones are going to be tougher, and I’m not really an electioneer, I’m not so sure those will be sold.

So, what are the highlights for you? What are the trends in Ukrainian economy? Which are the most interesting sectors  for somebody who is interested in doing business in Ukraine?

Well, obviously agriculture has tremendous growth ahead of it. I mean, Ukraine is going to help feed the world. IT is very strong. What they’ve seen in American and German, and foreign businessmen here say they want to expand. The ones who are in Frankfurt and New York are toe-dipping and are standoffish about coming in, especially in an election year. But a survey of the American Chamber of Commerce, a survey of the German Chamber of Commerce, at least two thirds of the members are expanding, or are spending more money, in Ukraine now. They know Ukraine, they are here, they know the risks, they know how to operate here. It’s the people outside that are, kind of, watching.

My final question: what do you see the role of the Association Agreement with the EU? Because that was always a bit of a political issue, even though it’s mostly the economic issue, which was promised to bring more money and opportunities to Ukraine. Is it really working?

It is working slowly, it will work faster. The European foreign minister came through here and said that probably a lot of the 2.5% growth last year was the locomotive of an increase of 27% in exports to the EU, and that pulled Ukraine forward. Just quickly – NAFTA, when the North American Free Trade Association was set up with Mexico, within a couple of years, there was one new American factory opening every day in northern Mexico. So, when these things get going, land border, low wages, free trade – that formula works elsewhere, it will work here eventually.