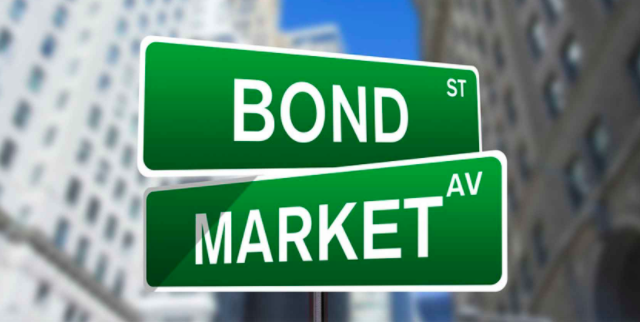 Ukraine placed $2 billion of Eurobonds at 7.25% yesterday – more money at a lower rate than at the frustrated bond placement of three weeks ago. On July 1, investors committed to buy $1.75 billion at 7.3%. But the news that the head of the central bank had unexpectedly resigned forced the Finance Ministry to pull the placement. Yesterday’s issue was more than three times oversubscribed. The initial target yield was 7.75%.

Investors desperate for yield drove the success of the placement. In addition, Kyrylo Shevchenko, the new governor of the National Bank of Ukraine, worked hard over the last week to persuade investors that Ukraine intends to stay on track with the $5 billion IMF loan program signed last month.  “He gave us the message that it’s business as usual, and that the objectives of central bank policy aren’t about to change,” Richard House, head of emerging market debt at Allianz Global Investors, told the Financial Times, in an article headlined: “Investors back Ukraine bond after change at top of central bank.”

EU and Ukrainian officials signed documents in Brussels yesterday for a €1.2 billion loan to Ukraine – almost half of total emergency aid that the European Commission is extending to 10 countries in the region.  Over the next year, the money is to be paid out in two tranches of €600 million. Conditions are typical of ‘soft’ loans to Ukraine – a 15-year loan with an annual interest rate of 0.125%.

Although billed as coronavirus relief, the aid is tied to quantifiable progress on free market reforms: improving courts, increasing transparency of medical procurement, and improving corporate governance for state-owned companies, and building anti-corruption bodies. “This shows our continued support to Ukraine’s reform agenda,” said Valdis Dombrovskis, the European Commission’s executive vice president for economy. “We will continue our strong engagement to support the reform orientation and strategic path that Ukraine has chosen to follow.”

Police are treating as arson a fire that yesterday burned down the house of Vitaliy Shabunin, head of the Anti-Corruption Action Center, an influential NGO. No one was injured, as the only people at home at the time, Shabunin’s parents, escaped uninjured. A frequent source for foreign press stories about corruption in Ukraine, Shabunin gave a press conference in front of his ruined home, naming three different businessmen as possible suspects. In recent years, demonstrations in front of his house have been organized by officers of the State Security Service and the National Police. Last month, President Zelenskiy dropped Shabunin from the National Council for Anti-Corruption Policy, an advisory body.

The central bank has sold $350 million since Tuesday, easing pressure on the hryvnia, Dmitry Sologub a deputy governor of the National Bank of Ukraine, told reporters yesterday. “For me, there is no other explanation, except that this is due to public statements about the need for devaluation, that the hryvnia will be weaker,” he said. Over the last two weeks, President Zelenskiy and leaders of his Servant of the People party have called for the hryvnia to devalue to 30 hryvnia / dollar. Today, the official exchange rate is 27.87 hryvnia / dollar.

Ukraine’s international reserves should hit $30 billion at the end of this year and $32-33 billion in coming years, central bank governor Shevchenko said yesterday. On July 1, reserves were $28.5 billion.

After cutting Ukraine’s prime interest rate for eight straight meetings, the central bank put on the brakes yesterday, keeping the key rate at 6%. The majorities of economists surveyed by Bloomberg and Reuters has expected a cut. But, citing inflation, the National Bank of Ukraine signaled that the rate would stay at 6% for the rest of this year. The bank said: “We expect the discount rate to remain at the current low level at least until the end of this year.” The next meeting of the monetary board will be Sept. 3.

Justifying the 6% rate, the central bank predicts inflation is growing again and will hit 4.7% at the end of this year. It says inflation will be driven by higher energy prices and “soft monetary and fiscal policies that will mitigate the negative effects of COVID-19 and support consumer demand and business activity.” Later deputy bank governor  Dmitry Sologub told reporters: “If we see that inflation is in the target range, we do not see a significant expansion of the fiscal deficit, and we also see continued cooperation with donors, then I do not rule out a decrease in the interest rate.”

Prices increase as the economy contracts. Yesterday, the central bank slightly worsened its forecast for the GDP fall in 2020 – to 6%. It also slightly trimmed its 2021 growth forecast, to 4%.

Due to the opening this year of Turkish Stream, a Russian gas line bypassing Ukraine, the volume of Russian gas transiting Ukraine fell by 45% during the first half of this year, compared to January-June of 2019. If Russia opens a duplicate pipe next year, Ukraine will lose another 15 billion cubic meters of transit gas, says Sergiy Makogon, head of the state-owned GTS Operator of Ukraine. Under the ‘pump or pay’ contract signed last December with Russia, Gazprom pays for moving 65 bcm across Ukraine this year. During the first half of this year, Gazprom has shipped only 77% of the contracted amount.

The buyer of Kyiv’s Dnipro Hotel plans to invest $20 million to make it “the world’s first Esports Ready Hotel,” he tells ain.ua news site. Alexander Kokhanovsky in partnership with Smartland, won the last week’s privatization auction, committing to pay $41 million for the 186-room hotel. He says his company has no Russian connections and has no plans to build a casino. “Our goal is to make Kyiv the Mecca of world esports, and bring Ukraine closer in level to South Korea and the United States,” he said of the $2 billion a year competitive video gaming industry. Kokhanovsky writes on his Facebook page: “The victory in the tender for the Dnipro Hotel wasn’t won by Russian oligarchs, but by Ukrainian tech guys.”

UIA is starting regular flights from Kyiv Boryspil to three countries on the Adriatic – Albania, Croatia, and Montenegro. All three countries have relaxed corona controls for Ukrainian tourists. Each flight is $250 round trip.

From the Editor: When I ran into attorney Rob Shantz of Redcliffe Partners at our swim club yesterday, he said he’d been on a small lucky streak in the markets. As a result, he made the first $1,000 donation to the BUCC Scholarship Fund for Karyna Nechyporuk, the Kyiv math whiz accepted at Cambridge University. I rose to the challenge and matched his donation. We now hear a third friend also is donating $1,000. As outlined 48 hours ago in the UBN, details for credit card donations to get Karyna to Cambridge are here: https://bucc.com.ua/bucc-student-scholarship-appeal/ . Let’s keep up the momentum this weekend and help the British Ukrainian Chamber of Commerce reach the $37,000 goal! With Best Regards Jim Brooke jbrooke@ubn.news