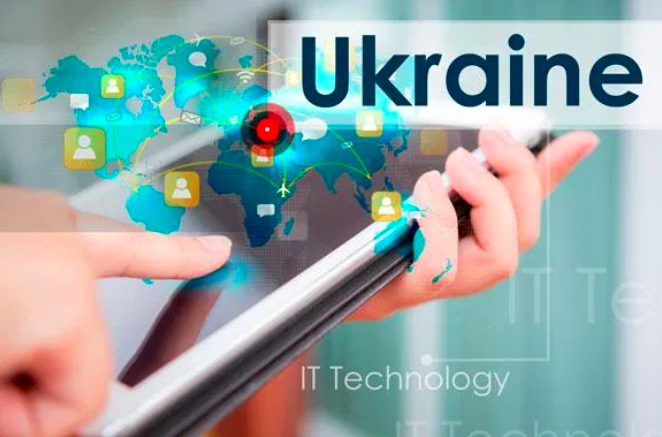 Internet purchases by Ukrainians grew 41% in 2020, to top $7 billion, estimates a new study by EVO, an umbrella group of online companies. Last year’s growth was only 17%. “One year ago, we forecast e-commerce growth in Ukraine in 2020 at 15%, the pandemic has significantly adjusted it,” EVO reports. For next year, EVO is forecasting growth of 33%. Today, about 9% of all Ukrainian purchases are online.

Sixty-six Ukraine-connected IT firms have made the annual ranking of top 1,000 leading information technology companies worldwide, published by Clutch, a Washington-based matchmaker for IT companies and contractors. The Kyiv Post reviewed the list and determined that almost 7% have strong Ukraine ties. The list includes foreign companies with R&D  centers in Ukraine  – Ciklum, Sigma Software, Daxx, and AltexSoft – and largely Ukrainain firms — Intellias, Digis, OTAKOYI, and Frontmen.

Ukraine’s IT sector grew by 20% last year, fueled by 4,000 IT companies in the market, according to a new report: “Ukraine: The Country that Codes.” The 56-page industry overview prepared by software developer N-iX says the number of IT workers in Ukraine doubled in five years, hitting 200,000 today.

In a rebuff to China, Ukraine’s Foreign Affairs Ministry has decided to remove all Huawei equipment from its buildings. “Several other government agencies have followed this example,” the Foreign Ministry said. Prime Minister Shmygal tweeted that Ukraine is joining the US ‘Clean Network’ initiative, which aims to protect confidential information and intellectual property. He tweeted: “Ukraine supports the principles of The Clean Network and will remain a reliable partner for investments by technology companies from all over the world.” US officials say this move will help Ukraine integrate into NATO and the EU, as most members of these alliances are in The Clean Network.

The US government may help Ukraine pay the price difference between Huawei equipment and comparable equipment provided by Western companies, Keith Krach, US Under Secretary of State for Economic Growth, Energy, and the Environment, told Radio Svoboda on Tuesday. “You may ask yourself: why is China’s offer lower? Why do they provide such cheap services? Because they want your data,” he said. Referring to the U.S. International Development Finance Corporation, he added: “The US government, in particular the DFC, can cover the price difference.” The Kyiv Metro’s new 4G mobile system, completed this week, is built with Huawei equipment.

Ukraine netted $90 million in 419 privatization auctions this year, Economy Minister Ihor Petrashko said on Channel 24 TV, reported the Ministry. By using a transparent internet-based auction system, the State Property Fund managed to push average sales prices up three times over asking prices. Next month, the Rada is to vote on a government bill to sell large state companies. This process could net around $500 million this year, the government estimates.

The latest property of state alcohol producer Ukrspyrt was sold at auction yesterday for $2 million, almost double the asking price, reports the State Property Fund. With almost half of Ukrspyrt’s 41 properties now sold, the Fund calculates that the state will net $70 million from the privatization. Starting next July, the only way a private investor can start new alcohol production in Ukraine is to produce from a property privatized from Ukrspyrt.

In a nation building exercise, President Zelenskiy plans to inaugurate next year a Lviv-to-Luhansk highway, the longest in the nation. Labelled the M-10, this east-west road would run 1,392 km, almost twice the distance of Paris to Marseilles. Without waiting for full completion, Zelenskiy plans to inaugurate the M-10 on August 24, the 30th anniversary of Ukraine’s Independence. Polls indicate road building is the most popular achievement of the Zelenskiy government.

“We want to unite the West and the East with a big highway,” Zelenskiy said yesterday, speaking at the inauguration of the first section of Zaporizhia’s bridge over the Dnipro. Providing a new, international standard route to Stryi and the EU, the M-10 is expected to quickly double its traffic, to 40,000 vehicles a day.

With a two-year budget of $500 million, the M-30 saw 580 km restored this year. Another 750 km are to be repaired by the end of next year. For now, the high-speed road will terminate in Pokrovsk, Donetsk. Most of the final 200 km, through Luhansk to the Russian border, are in the Russia-controlled section of the Donbas.

Ukraine’s Cabinet has approved a $20 billion development plan to rebuild the Ukraine-controlled half of the Donbas. Although multilateral institutions, such as the World Bank and the EBRD, are funding infrastructure projects in Ukraine-controlled Donetsk and Luhansk, little private investment has followed.

Concorde Capital’s Zenon Zawada writes: “Such economic development concepts will remain a fantasy for as long as the situation with the war in Donbas remains as it currently is, which is low-level fighting accounting for a handful of injuries and casualties per week.”

The US is preparing new sanctions to block Russia’s Nord Stream 2 gas pipeline, Reuters reports citing three Trump Administration officials. Relying on existing mandates from Congress, the Administration would sanction the dozens of EU companies helping Russia to lay the pipeline under the Baltic Existing sanction have caused the $11.6 billion project to run one year and $1 billion over budget. Although a Gazprom vessel is to resume work in Danish waters on January 15, one US official said of the executive order sanctions: “Now we’re in the process of driving a stake through the project heart.”

Ukraine does not plan to restrict air travel during the holidays. “The government understands that people are in the mood for the holidays and does not plan to impose any restrictions on air traffic,” Foreign Minister Dmytro Kuleba said yesterday in an online briefing.

Seeking to put its airplanes to use, UIA is offering ‘flights to nowhere’ – one-hour sightseeing flights over Kyiv. Passengers are guaranteed to fly above the clouds and to see the sun, a winter rarity. If all 116 seats fill up on the Embraer 195 jet, the price per person will be $75. “A real New Year’s gift – a one-hour flight over Kyiv,” beckons the announcement on the UIA website. The airline also says: “A lottery with valuable aviation prizes will be held for passengers on board.”

Editor’s Note: Ok, it’s not Russia’s Trans-Siberian Railway (9,289 km), the Trans Canada Highway (7,821 km) or the US Transcontinental Railroad (3,077 km), but Zelenskiy’s Lviv-to-Luhansk M-10 (1,392 km) motorway follows the same principle of nation builders from 150 years ago. By building an East-West highway, Ukraine’s government will slash travel times and integrate the nation. Today is ‘Catholic Christmas’ in Ukraine, a banking holiday, but more importantly a time for people of all faiths to reflect and relax. Merry Christmas! With Best Regards, Jim Brooke